*Note to self: I’m not the only one living in this big old house!*

I really need to pay attention to what’s going on around me when I’m on my computer, because I never know who’s going to come by and start reading over my shoulder.  Today, it was practically EVERYBODY!  Sigh… 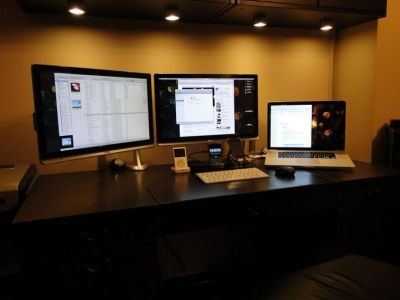 Now let me set the scene for you all.  Ever since I started writing I got into the habit of using two monitors at once, so I can have something I’m researching on one screen, while I’m writing on the other.  Tonight, I was reading an e-mail from my “nephew” Michael Rhodes about a case he’s involved with on one screen, while looking over the newspaper accounts on the other.

I was so absorbed in what I was reading that I never heard Penny, Lisa, or Marisa come into the room.  In fact I only realized they were there after I suddenly leaned back  and felt my head bump into Marisa’s chest (not that she minded).

After realizing I had an audience I quickly looked around the room to make sure one person in particular had not seen what I had been reading.

As if reading my thoughts Penny said, “Isabella’s downstairs with Richard.”

“Which was why we came in,” Marisa answered simply. pointed out.

“I just came in to see if you wanted something to drink,” was Penny’s contribution to the proceedings.  But she looked troubled.

Standing up I started to ask Marisa and Lisa to leave us, but Penny cut in sharply saying, “NO!  They need to hear this!”

I don’t know who was more surprised by her tone, our companions or me.  In either case, both girls sat down while I drew closer to Penny who I noticed was shaking slightly.  As she looked at me I gave her a reassuring smile and said quietly, “Start whenever you’re ready.”

She gave me a little smile but instead of talking she wandered over to one of the windows in my study and stared out into the night. 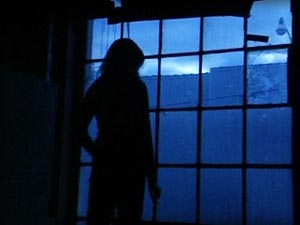 After several moments she said, “All the victims of that psycho you were reading up on were women.”

It was more a statement than a question, still I replied, “Yes, they were.”

She nodded, then asked, “Did you girls know prostitutes are the most likely to be victims of violence or even murdered?”

Lisa looked uncomfortable, but Marisa actually answered.  “Yes, I did a report on violence against women for a class.  Got a good grade on it, plus a lecture from the teacher for touching on a ‘sensitive’ subject.”

“Was the instructor male?” Penny asked.

Penny turned.  “And what did you say?”

“I reminded him that he’d asked us to pick a social issue that needed addressing and that I’d felt that violence against women was one I felt strongly about.  Then he asked why I’d focused on prostitutes and I told him that many of them had wound up in that situation because they’d been victimized already and needed more protection not less.  After that things got a little heated, and he wound up lowering my grade to a C.”

I made a mental note to myself to ask Marisa the name of her instructor, but only later.  But right now I wanted to keep my focus on what Penny had to say.

She gave Marisa a fleeting smile of gratitude, but then her expression turned serious again.  “You’re right, we… they do.  And sometimes we found it with guys who wanted to ‘protect’ us and help us out.  Only they could be just as bad, or worse than some of our clients.”

Penny shot her a look, but it quickly softened.  “Yeah, like my old employer.  But he only got mean when one of us tried to leave.  As long as we were under his roof, we WERE protected.  Which was why I felt safer being in a brothel than I did out on the street.  Anyone got too rough with us they’d be sorry…  But the only way any of us left his employ was when he felt they weren’t worth keeping around anymore.  Or he’d grown tired of them.”

“Richard must’ve been very special for you to risk all that you did to get away,” I remarked, thinking aloud.

That earned me a smile.  “He was… and not just because he got me a knocked up.  I could’ve easily gotten an abortion, but I wanted my baby and him.  And I would’ve lost both if it hadn’t been for you and Lisa.”

“It was mostly Nathan,” my favorite goddaughter pointed out.

“You were there for us too,” Penny replied softly, and then turned back to me.  “But the point I’m trying to make is that girls in my trade, we lived our lives knowing something bad could and would happen to us.  But the girls in those articles… they were just like these two,” here she gestured at Lisa and Marisa who were looking a little pale right about then.  “They weren’t hooking, they were just women who had families and friends who loved them.  One or two of them had children… they weren’t looking for trouble but it found them and it cost them.  But not before they suffered.”

Glancing back at the article that was still on my screen, my eyes went straight to the part where it described some of what had been done to the girl before she died and murmured, “I know…”

Penny caught the tone in my voice and said, “I know this Michael guy has already asked you to help stop this guy, but now I’m asking you as well.  Use your abilities to stop this guy, don’t let another girl suffer at his hands.”

“Oh I intend to,” I assured her and began to use my shape-shifting skills.

Normally, I don’t let anyone see one of my transformations, unless I’m turning into mist.  But most of the time I’m usually changing into something more “bestial”.  However this wasn’t one of those occasions.  First my waist pulled in while my hips expanded slightly.  At the same time the hair on my arms vanished while the skin took on a smoother look.  As my hair lengthened, my chest expanded, while my jawline softened and my nose took on a more aquiline shape.

Once I was done, I gazed expectantly at my audience and said, “Well?  Do I make a tempting target?”

Lisa, who I noticed was looking a little flushed, was the first to answer, “A little too tempting.”

“Too male fantasy?” I asked.

“Too Hollywood,” answered Marisa. who was also eyeing me curiously.

“But it’s a good start,” Penny smiled and turned to the girls.  “Why don’t you two get some clothes and make-up for our girl here.  Then we’ll give her some tips to get the proper effect.”

As soon as the girls left, Penny looked at me and said, “You know, if you hadn’t changed form, one of them would’ve offered to act as bait.”

I nodded, “I was also afraid you might as well.”

“I was,” she admitted and then threw her arms around me saying, “Thank you.”

As I returned the gesture, I silently prayed for all our sakes (including Michael and Terri’s) that I would be enough to be the maniac’s next target.