*In honor of the ending of World War I, I’m re-posting this story from several years ago. I have never done another because I don’t think I could surpass its message of gratitude to those who paid the ultimate price for serving their country. And to all who loved them, God bless and keep you all.”* 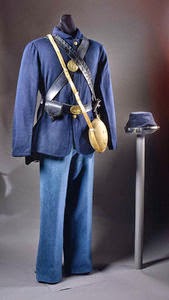 The Soldier appeared again this year, just as he has over almost a hundred and fifty years.  The first reports of him showing up here in Pointer date back to 1868 when the first Decoration Day (now called Memorial Day) was held.  At the time most people assumed he was merely a veteran but when he moved there was no sound,  and when he spoke everyone felt compelled to listen.  It was as if an enchantment had been cast over all.  He spoke of each soldier from the town who had fallen during the war between the states, telling tales of bravery and humanity.  Then, once he finished, the figure marched back the way he came only to be swallowed by a mist that seemed to come from nowhere.

This happened again the following year, and every year after that.  At first most people just assumed him to be a magician who had served alongside those who had died.  Yet, none of those who had come home recognized the fellow.  In fact, no one could even really describe his features even if he had been standing next to them.  They could distinctly remember his uniform which had clearly belonged to the West Virginia 7th Volunteer Infantry Regiment.  He had all the bearing of a soldier, but even if they looked up into his face all they could remember was that he was young, with a kind face, which had born witness to the horrors of the battlefield.  But none of them could actually describe his face in detail.

Naturally the idea that the fellow was a ghost began to spread among the children and a handful of adults.  But after thirty years passed and those children who had seen him close up could honestly say he had not aged in that time, that others began to believe the tale. 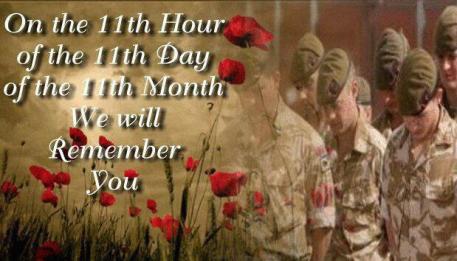 Throughout the decades, he has always appeared, never once missing a Decoration Day.  And with each visit, he shared new stories about those who had served and fell in the Civil War.  But it wasn’t until the end of the Great War that this began to change.  In 1919, one year after World War I ended, a new monument was erected in the town square with the names of those who had left Pointer to fight overseas.  On that occasion the soldier appeared and shared several stories about those who had been lost on the battlefields of Europe.

From that day on he continued to appear on Remembrance Day (now called Veteran’s Day) as well as on Memorial Day.

By this time few, if any, doubted the Soldier’s existence.  In fact many began to welcome his strange visits, but not all.  Those who were too traumatized by their loss, could not bear to see him come.  In particular there had been Violet Parker, who had been engaged to James Moore who fell at the Battle of Belleau Wood in France in 1918.  When the Soldier appeared again on Remembrance Day in 1920, she rushed at him brandishing a pistol from her father’s collection and shot him point blank.  The Soldier did not flinch, nor did he fall.  Instead, he gently took the weapon from her shaking hands, and  pulled her close.  She resisted at first, but then began to calm down.  Those who dared approach them could hear his voice speaking gently to her in sympathy.  Soon Violet slipped her arms around him and held him tightly.  Then she kissed him on the cheek and walked back to where her father stood.  For the rest of her long life, she was happier than anyone could remember, and strongly rebuked anyone who spoke ill of the Soldier or of anyone who served their country.

The addition of new names and stories of those who served that the Soldier spoke of continued with  each passing year.  Whether they were lost in peacetime or during America’s entry into World War II, the Korean War, Vietnam, Iraq and of course Afghanistan, he made sure no one forgot them or their service.  And today was no exception.  He spoke of the town’s most recent losses with such feeling, one was convinced he had personally known, or had watched each one of them grow into fine young men and women.

Of course, I and a number of others know this happens to be the truth.  There are at least a dozen families here in Pointer that know of Uncle Nate.  And they preserve his secret with fierce loyalty, just as mine does.  It is a loyalty based on love and respect.  Whether he’s the ‘Soldier’ or just the family friend or godfather, he has been there for all of us over the decades.  Our dark guardian, the soldier who even when he does not wear the uniform, is always on duty.  Ready to defend and protect all of us and our town, just has he did the day he marched off to war at the age of 16, back in 1862.

God bless him and all the men and women who have served, and will serve. 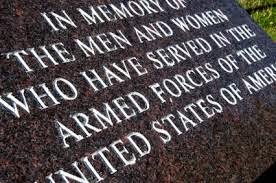 One thought on “Brian’s E-Journal “The Soldier””