I frowned at my grandfather saying, “Hey, my hair isn’t that long.”

“No, but it looks like the last time it was cut someone took a weed-whacker to it,” he grunted and gestured at the seat. “So which of you mop-tops is going to be first?”

“Mop-Top?” Darlene repeated, scrunching up her face in such a way it was clear she didn’t know whether to be amused or confused.

Luckily Cheryl came to her rescue, “That was a popular way of describing men with long hair back in the 60’s. I think it started when the Beatles came here to the United States for the first time.” Here she paused and studied me for a moment and then added, “You just need to look at your father to get a good idea of how long their hair was back then.”

My offspring gave me an appraising stare and then shook her head. “They considered that long? Looks more he’s losing some…”

“That’ll do,” I cut in giving her a look that once upon a time would strike terror into her heart. Now all it did was earn me a mischievous grin. Sigh… they grow up fast and much harder to intimidate these days.

Meanwhile, Nathan had hopped into the barber’s chair, much to my grandfather’s satisfaction. Especially when Nathan started asking him about the NY Mets.

“That bunch of bums!” granddad snarled, while tying the styling cape around Nathan’s neck, “Don’t get me started. And why are you bringing them up? This isn’t baseball season.”

“My point exactly,” Nathan replied cheerfully, “If they play during the off season they might actually find someone they can beat. Maybe a girl’s softball team for instance.”

Darlene immediately jumped in saying, “You’ve got to be kidding. We’d mop the floor with those losers, any day of the year.”

“You tell ‘im,” granddad smiled and turned back to Nathan, “She gets that from my side of the family.”

“And mine!” added my grandmother pointedly. Then she turned to Cheryl and said in a stage-whisper, “He’ll never admit it, but he always loved the fact that I wouldn’t put up with his nonsense.”

“Like hell,” granddad shot back, “I married you because no one else was willing to try to straighten you out so you’d behave more like a lady.”

“And how did that work out for you?” Nathan asked innocently.

Granddad glared at him for a second then murmured something about, “Gimme time. I’m still working on it.”

I was about to comment how he’d already been working on her for almost 70 years, when I noticed my son Joe picking up an old photo album off the table. “Be careful with that,” I told him, “That contains some priceless pictures in it.”

Naturally he gave me a skeptical look. “Dad, you say that about all the albums at home and it’s just filled with pictures of us when we growing up.”

Looking up into the mirror, granddad saw which book Joe was holding and said, “Memories of family will be more precious than you’ll ever know one day. But that’s not what’s in that book. Those are photos, most of them signed, by some of my favorite customers from over the years. Go ahead and take a peek, you might recognize one or two faces.”

Obligingly, my son did as he was told and immediately his eyes widened at the first image he came across. “Cary Grant!” he cried. 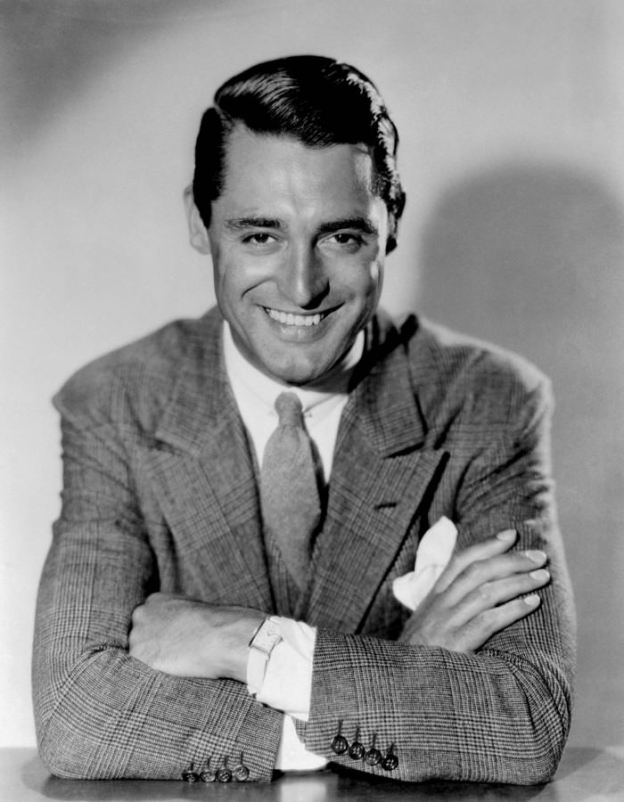 “You’re kidding?” his sister gasped and went over to see for herself.

Meanwhile, Granddad got to work on Nathan and was saying, “Really nice fella. Great head of hair. Loved working on it and passing the time with him. How old was he when you first brought him to my shop?”

Nathan had to think for a moment. “Let’s see, he was still pretty new in the vaudeville circuit when I met him. I’d say he was just eighteen at the time.”

“That’s what I thought,” Granddad nodded, “Always stopped in for a shave or a haircut whenever he came to town too.”

Meanwhile Darlene had turned the next page in the album and started frowning. “Who’s the funny-looking guy with the big nose? Was he famous too?”

“Let me see,” Nana told her and went to take a peek. After a moment she smiled, “Oh, that’s Jimmy.”

“Which one, Stewart or the other one?” asked Granddad looking up from his work.

Nana shook her head at him, “Did Jimmy Stewart ever have a big nose?”

Suddenly, Nathan leapt out of the chair and swung around. His nose had grown considerably as he started talking fast in a raspy, jolly voice. “Who’s got a big nose? Madam I’ll have you know this schnozzola has given me the world’s most memorable profile. It even got me into Guiness just last year.”

I quickly jumped in. “You’re in the Guiness Book of World Records?”
“Nah,” Nathan replied in the same voice, “Any chump can into that old waste of paper. Nah, it got me into the Guinness brewery and straight into one of their vats. And lemme tell ya, it weren’t full when I fell in, but it was plenty empty when I got out. Ha-cha-cha-cha.”

My son Joe, who had been frowning as if in deep thought, suddenly spoke up. “I know that voice. That’s the guy who was the narrator from the ‘Frosty the Snowman’ cartoon.”

“Hey, that’s right,” his sister agreed. “And the cartoon version of him did have a big nose just like that.”

“Dat’s right kids, and lemme tell ya. They still didn’t do it justice,” Nathan continued in Mr. Durante’s voice. “Why just the other day I…”

At that point, Granddad grabbed Nathan by the arm and made him sit back in the chair. Of course this didn’t stop the rush of jokes coming out of his client. In fact it wasn’t until he pulled out the hot towel and placed it over the comedian’s face that the dialogue became more muffled, but not completely silent.

From then on, the rest of us continued going through the album marveling at the number of famous folks who Granddad had had the pleasure of working on over the years. Nathan helped supply some visuals to the proceedings, much to everyone’s amusement and delight.

When Granddad finished with Nathan, Joe was more than willing to sit in the chair next and get his hair cut. Not that he really needed it, but by this time he was eager to hear more of namesake’s stories. In the meantime I sat back and waited my turn in the chair. It was great seeing my kids really connecting with their great-grandparents. Like Granddad said earlier, memories about family were priceless and at that moment, I was wishing I had my phone out taking pictures. But I didn’t, because Nathan had already grabbed it and was shooting away.

I later found out, both he and Cheryl had videotaped some of the exchanges and nonsense that followed. It was a great visit, but what made me the happiest was on the way home both Darlene and Joe asked when we were going to visit again.

We made a lot of memories tonight and all because of a simple haircut.

*Stay tuned for an all new story next time. Until then… Happy Reading everybody!