The piece in question was a full-bodied statue of my mom’s father who had passed away the year before at the age of 107. And believe me the man had led an impressive life having served not only in WWI but also WWII. Now some of you who know me might be thinking ‘Wait, I know you’re like only 29. So just how old was he when your mom was born?’ Well my mom was from his second marriage in 1948. My grandmother was younger than him and gave birth to my mom seven years later.

Now, getting back to the sculpture, when I say full-bodied I don’t mean it was man-sized. It was only  between 18″ and 24″ inches in height. I had thought about doing a bust, but she had always been proud of the fact that he had served in both world wars. But it was his service in World War I that she had always impressed her the most. Seeing photos of him in his uniform back then, so young and full of hope and purpose, had really made her see him in a different light. 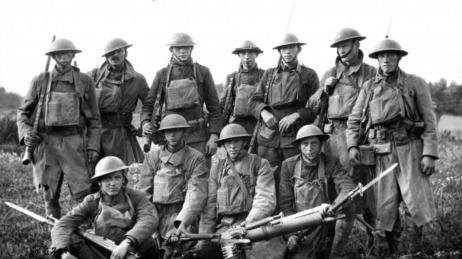 I know he saw a lot back in the Great War, as they originally called it, but what always impressed me the most about him was the fact that he enlisted again when the Second World War began. He once told us that part of the reason he did was because he knew a lot of young men who weren’t prepared for what they might face. He himself had barely been sixteen when he’d enlisted, lying about his age to be accepted at the recruiting office. And as I said, he saw a lot. He was wounded more than once too and was involved in some of the more famous and fiercest battles including the Hundred Day Offensive.

Looking back, I think that may have actually been the real reason why I chose to put him in his first uniform. Seeing photos of that fresh-faced innocent who would face horrors time and again, and still be willing to help others face new ones, really helped me understand the man I knew and loved.

Anyway, having a specific image in mind I got work in my studio and began the project. 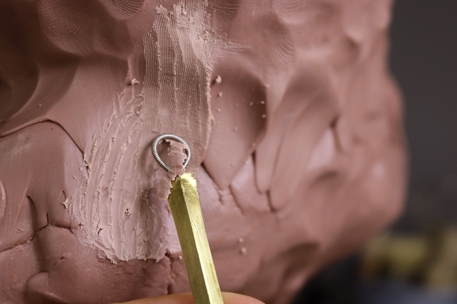 I was well into the sculpt, having already gotten the shape and pose just right, when a prominent gallery wanted to showcase my work. The timing could not have been better. The date set for the opening would be just perfect to unveil my grandfather’s likeness before my mother, our friends, and so many others. Needless to say I went back to the piece with even more enthusiasm. I was calling upon every technique I could think of get everything just right and it was paying off.

Hour by hour, I could see my grandfather’s spirit taking shape in the piece. I was so pleased that I didn’t care if I never made anything as close to perfect as it. But there was still a lot to do when I left my studio that afternoon. As much as I wanted to keep working, I had to get downtown and meet with a gallery owner (not the one who was going to hold the exhibition). I remember putting the plastic over my work in progress to keep it moist, silently promising I’d be back soon. Only I wasn’t. 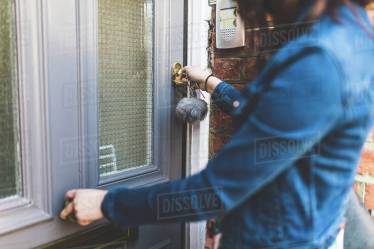 In fact it would be weeks, and merely days before the exhibit, before I’d step foot inside that studio again… at least physically.